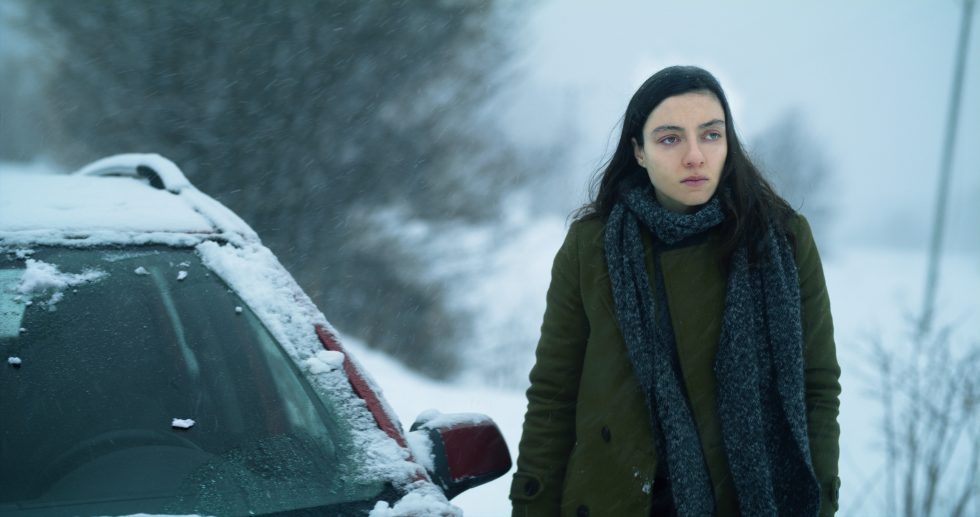 SNOW AND THE BEAR

A small, remote, snow-covered town in Turkey. Winter has always been tough here, but this year it seems never-ending in an almost surreal way. The roads are blocked due to heavy snowfall. Word has it that the bears have risen early from their winter sleep and killed some animals in the area. Although nobody has really seen them, people are afraid that they will soon venture into town. Aslı, a young nurse, has recently arrived to do her compulsory service here. In this small town, where the biggest problem for the gendarmes has been the bats moving into the police station, the sudden disappearance of a man provokes all sorts of rumors. Aslı finds herself caught in the middle of gradually emerging power relationships, webs of secrecy and suspicions.

Selcen Ergun studied Industrial Design at Middle East Technical University and went on to earn an MA in Cinema at Istanbul Bilgi University. She is a Berlinale Talents and Nipkow Artist-in-Residence alumna. Her short films, Confrontation and A Sunny Day were selected to several international film festivals and won prizes. Snow and the Bear is her debut feature film.