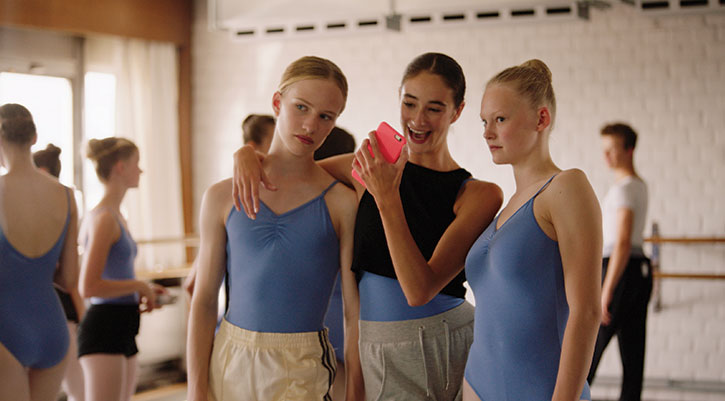 The Festival on Wheels, beginning on 30th. November, invites the film enthusiasts to a journey around the globe through the best films of the year. A quick look at our Around the Globe Section: Burning, a recent award-winner at Cannes; Cold War; Girl; Donbass; Ruben Brandt, Collector, a unique animated thriller premiered at Locarno Festival; Amin, a film focusing on the migration issue in Europe; Suleiman Mountain, the winner of the Best Film / Fedeora Prize in Karlovy Vary and Distant Constellation, an award-winning documentary. During the festival, two classical silent movies, restored and improved in quality, will be featured accompanied by live music performances.

The Festival on Wheels, organised by Ankara Cinema Association and funded by the Ministry of Culture and Tourism General Directorate of Cinema, sets out on its 24th journey on 30 November. After its first stop in Ankara (30 November-6 December), the Festival will travel to Sinop (7-9 December) and complete its route in Kastamonu (10-13 December).

Films that were premiered and awarded at the prestigious festivals this year will meet the audience. Around the Globe Section will be as follows: Amin, which had its the world premiere as part of “Directors Fortnight” at Cannes; Donbass by the well-known director, Sergei Loznitsa, who won Un Certain Regard Best Director Prize – and the film itself was selected for Ukraine’s entry for best foreign language film; Girl featuring a 15-year-old girl who attends the ballet academy in pursuit of becoming a ballerina; Ruben Brandt, Collector, the first feature film of the Slovenian director, Milorad Krstić, which premiered at Locarno Film Festival; Cold War, the winner of the Best Director Award at Cannes, featuring a melancholic love affair and Poland’s entry for Oscar; Suleiman Mountain, the winner of the Best Film and Fedeora Prize at the East of the West Competition at Karlovy Vary Film Festival; Burning, one of the best films of the year, directed by Lee Chang-dong after eight years of break; and Distant Constellation, an award-winning documentary screened at various festivals including Locarno, Vienna and Seville.

In the section, Silent Adventure, realized with the support of the Embassies of United States and the Netherlands, two classical silent movies, restored and improved in quality, will be screened. Elif Rongen-Kaynakçı, the curator of silent movies at EYE Film Museum Netherlands has kindly selected The Secret of Delft to be viewed and the president of San Francisco Silent Film Festival, Robert Byrne, has chosen Behind the Door to be featured in our Silent Adventure Section. The viewings will be presented by Kaynakçı and Byrne. Stephen Horne and Frank Bockius, a famous couple who composed musical pieces for some famous silent films, will accompany the screenings with their live music performances.