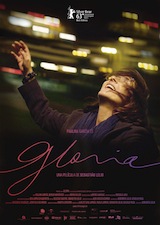 Every year, the Festival on Wheels homes in on the cinema of a particular country and the spotlight this time around shifts to South America. A Country: Chile showcases the recent work of Chilean directors already familiar to Festival audiences from previous years. Among films screening in this section are Sebastián Silva’s The Maid, the Alejandro Fernández Almendras directed By the Fire, Pablo Larrain’s Tony Manero and Play and the debut feature of Alicia Scherson.

This year’s Festival is presenting two films by Sebastián Lelio. As well as Glory from the World Cinema line-up, audiences will have the chance to watch his 2005 production, The Sacred Family, in this section. Full-length fare aside, A Country: Chile also promises a pick of short films from Chilean cinema.

The program consists of short films such as Below and Videogame by Dominga Sotomayor, Titans by Edison Cájas, Tree Boy by Waldo Salgado Lemmermann, The Blessed by Mauricio López Fernández.