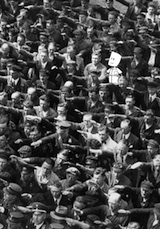 In two different sections, Festival on Wheels will draw the audience to reflect on the predicaments of the world. Barış Bıçakçı: The Shortest Distance Between Two Films will take a look at family and friendship as equally constructive and destructive forces, while What To Do? will help reflect on the fall of the free world project and how alternative systems can be created.

Turkish writer Barış Bıçakçı draws a readership from across the generations for his poetry, novels and short stories. This year, he has chosen two films for Festival on Wheels audiences, which will be shown in the section, Barış Bıçakçı: The Shortest Distance Between Two Films. In making his selection, Bıçakçı invites a fresh look at the human condition, at the transition from adolescence to adulthood, at what we have lost and the solitude of the countryside. In so doing, he also asks us to explore the shortest distance between the two films.

The films in this section are two modern classics from American cinema, and the shortest distance between them lies in friendship, brotherhood and the idea of wounded souls finding hope in communion. The 1984 Alan Parker drama, Birdy, follows two school friends as they struggle to pick up the pieces on return from Vietnam, each scarred by war in different ways. As for Lasse Hallström’s What’s Eating Gilbert Grape, which brought young actor Leonardo DiCaprio Academy Award and Golden Globe nominations for his performance, this 1993 production looks at a family’s battle to survive through the relationship between a mentally challenged boy and his older brother.

What is to be done?

Through the medium of film, the Festival on Wheels is encouraging audiences to reflect on ways of advancing the struggle for freedom and democracy. How can a world free of repression and exploitation be achieved? Where should we start? The films selected for this section elaborate on stories of collective struggle and individual endeavour in attempting to answer the question, ‘What To Do?’.

In his film 10%: What Makes A Hero?, award-winning director Yoav Shamir explores the notion of heroism through a multi-faceted lens, unveiling many truths about human nature in the process. Nostalgia for the Light, a documentary directed byPatricio Guzmán, draws stirring parallels between astronomers in Chile’s Atacama Desert and mothers searching for children who went missing under the brutal Pinochet regime. In the 1967 comedy-drama, Two or Three Things I Know About Her, director Jean-Luc Godard shares his thoughts on the state of modern society in a rousing and unconventional narrative. Meanwhile, The Stuart Hall Project, from documentary filmmaker John Akomfrah, paints a multi-dimensional portrait of Hall, the Jamaica born cultural theorist widely credited with establishing cultural studies as an academic discipline.