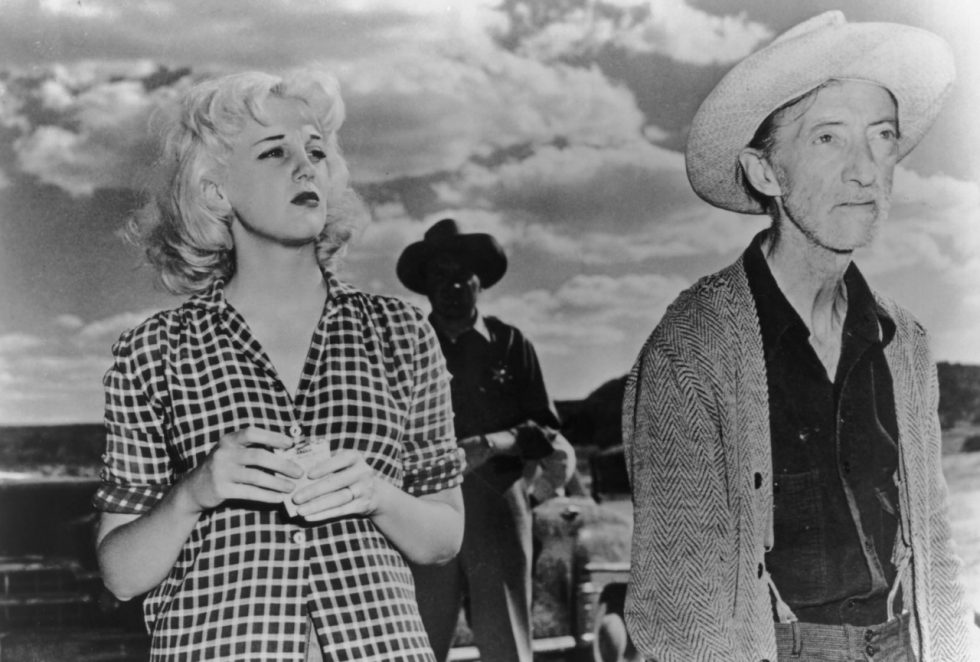 Join Festival on Wheels on a cinematic journey around the world

In this section, realized with the support of the US Embassy, we look back to an age where the truth is manipulated. Three films will be screened: Sweet Smell of Success (1957), directed by Alexander Mackendrick, is a story where the lines between pretension – corruption and fame – brutality are blurred. Burt Lancasterplays the role of a weird columnist whereas Tony Curtis plays an opportunist press agent, ready to do anything just to get a promotion. Ace in the Hole (1951), directed by Billy Wilder, starring Kirk Douglas, is known as the darkest as well as the most entertaining film ever made about the media. Ace in the Hole is now considered a cult film after being underrated for a long time. When McCarthy’s anti-communist investigations, known as witch hunts, started to dominate the world in the 50s, Hollywood produced a series of bold films like The Sound of Fury (1950). Based on a lynching, true to the actual event, the film tells the story of an unemployed man becoming a driver of a gang of robbers. After this film, Cy Endfield, the director of the film, had to leave the USA to flee from McCarthy’s investigations.

This year, we continue our cooperation with Il Cinema Ritrovato Film Festival: a festival known for its programme dedicated to restored classic films. In the section, ‘Cinemalibero’, we meet a Cuban classic, Memories of Underdevelopment (Memorias del subdesarrollo, 1968) which was digitally remastered by Cineteca Bologna. The film, an adaptation of the novel by Edmundo Desnoes and directed by Tomás Gutiérrez Alea, deals with the decisive turning point in the Cuban Revolution. In the film, we look through Cuba from Sergio’s point of view, a middle-class intellectual whose wife and family have immigrated to Miami. The film is considered to be the most important film in Cuban cinema history and the Festival on Wheels presents the film on its 50th anniversary.

Didem Pekün: I want to Feel

This year’s guest artist of the Festival, where the audience and artists with background on contemporary art meet, will be Didem Pekün. In this section, her two films will be screened: Tülay German: Years of Fire and Cinders, (Tülay German: Years of Ember and Fire, 2010) a documentary featuring the life story of the famous singer Tülay German, based on her own autobiography The Black Box of the Plane Which Never Crashed. Through German’s photos, voice recordings and songs, this documentary features her, as a politically overt artist, who had to move to Paris from Istanbul. Araf (2018), an experimental documentary premiered at the Berlin Film Festival this year, tells the story of Nayia, who returns to her hometown on the 22nd anniversary of the Srebrenica massacre.

The most outstanding animation, fiction and experimental films of the year will meet the audience. Award-winning short films around the world will be available for free viewing at Contemporary Arts Centre, Çankaya. The films will be as follows: The Bear (2018), featuring a successful career woman who decides to emigrate to the wilderness and live like a bear herself; Taking the Floor (Puheenvuoro, 2017)dealing with the Tampere City Council’s discussion on the tram line; Shadow Animals (Skuggdjur, 2017), a Swedish film screened and awarded at international festivals; Things and Wonders 2022 (2017), an experimental short film by the Czech video artist Anna Vasof; Accidence (2018), directed by Guy Maddin, Evan Johnson and Galen Johnson; Down There (2018), a film which competed at Venice Film Festival; Magic Alps (2018), a film about an Afghan refugee who arrives in Italy to seek asylum; El Afilador (2017), a film about a young woman working in a small cafe in Mexico city; All These Creatures (2018), the winner of the Best Short at Cannes by the director Charles Williams; Between the Shadows (2018), a stop-motion with live-action movement; Panta Rhei (2018) a Belgian film about a marine biologist; Guaxuma (2018), Nara Normande’s memoir shot with animation techniques;Raymonde or the Vertical Escape (Raymonde ou l’évasion verticale, 2018) an animation story, voiced by a famous name from the French cinema, Yoland Moreau; Scrambled(2017), an animation comedy by the Dutch director, Bastiaan Schravendeel;The Full Story(2017), a film about Toby selling his childhood home full of memories andTitanyum(2018) about a promising young figure skater in 1990s Turkey.

The viewings of the children films, realized with the valuable contribution of the embassies of the United States and the Netherlands, will be free of charge at Contemporary Arts Centre, Çankaya. Seven short animations will be screened in our “Children Films: the USA” section including The Fantastic Flying Books of Mr Lessmore (2011), the winner of the Best Animation Award at Cannes and Two Balloons (2017), the winner of more than twenty awards. In the section “Children Films: the Netherlands” seven short animations will be presented including Jonas and the Sea (Zeezucht, 2015) which competed at Berlin and Sundance film festivals.