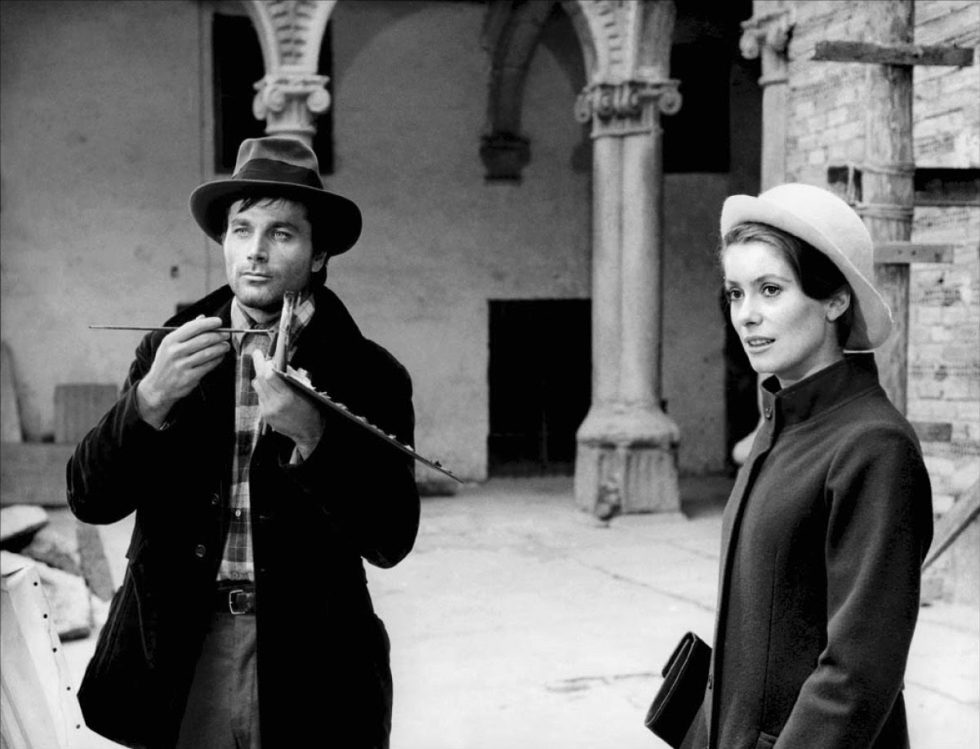 Organized by the Ankara Cinema Association with the support of the Turkish Ministry of Culture & Tourism, the Festival on Wheels is taking to the road for the 25th year. The Festival will raise the curtain in Ankara from November 29-December 5, in Sinop from December 6-8, and in Kastamonu from December 9-12, with the promise this year of a personal curation from the film critic, Fatih Özgüven.

Every year, the Festival on Wheels includes in its program a personal curation of films from a figure in the film world. The guest of this section at the 25th Festival on Wheels is Fatih Özgüven, a seasoned translator and writer also known for his incisive, sometimes provocative, sometimes hilarious, but almost invariably illuminating, thought-provoking and highly readable film reviews. In making his selection, which he titles “Libra Films”, Özgüven looked at characters with the personality traits typical of a Libran (he is one himself) – more specifically, those who, beset by indecision, constantly vacillate between two extremes – while at the same time considering the choices ultimately made by these characters. Libra Films presents audiences with a line-up of three titles.

Luis Buñuel’s Tristana (1970), which he made in his native Spain, is based on the novel of the same name by Spanish author, Benito Pérez Galdós. The film tells the coming of age story of a girl who is taken in as the ward of a respected middle-aged man following the death of her mother. Don Lope (Fernando Rey) is so captivated by the innocence and beauty of his charge, Tristana (Catherine Deneuve), that he seduces her. But over time, Tristana comes to realize that there is life beyond the clutches of Don Lope and strikes up a relationship with the handsome painter, Horacio (Franco Nero).

In his catalogue introduction to Libra Films, Fatih Özgüven writes: “Take the girl, Tristana, for example. She picks one of two almost identical chickpeas and pops it in her mouth, or chooses one of two similar-looking columns, and thinks she has the power to choose; except that she spends her life constantly making bad, bad, bad choices. Or is that the way it looks to us? What is choice? Do we really choose? Or does something else choose for us?”

In Carl Theodor Dreyer’s 1955 masterpiece, The Word (Ordet), an adaptation of the stage play by Danish priest, Kaj Munk, a farming family is torn apart by matters of religion and the heart. One of the family’s three sons believes he is Jesus, another declares himself to be agnostic, and the third falls in love with the daughter of a family of Christian zealots. Weaving together multiple stories of faith and rebellion, the film inches towards an extraordinarily shocking climax.

Özgüven writes of The Word: “How can we choose – indeed can we make choices – about other people, especially our loved ones or those closest to us, and especially on the question of life and death? In this respect, The Word proposes that we act in one way alone: with purity of heart. This film is one of cinema’s most ambitious and stripped-down films.”

Louis Malle’s The Fire Within (Le Feu Follet, 1963), one of his darkest and most personal films, hinges on the story of Alain, an alcoholic receiving treatment at a clinic in Versailles. When urged to leave by his doctor because he is ‘cured’, he decides to see old friends in Paris one last time in a bid to find a reason for living.

In reference to The Fire Within, Fatih Özgüven writes in his catalogue piece: “What do we do in the face of other people’s choices? While choices concerning ourselves or people we love affect us in one way or another, other people we don’t know make some big decisions without a second thought for us. And in this case, we can’t say ‘if it had been me…’ We can only watch from a distance. What makes literature and cinema irreplaceable is the shudders we feel in the face of these choices. The Stranger or Anna Karenina’s decisions may not take us into account, but they change us. The story of Alain, the alcoholic main character in Louis Malle’s The Fire Within, is no different. Alain is a flash in the pan, one of any number of people who flicker through life. But they, too, have choices. And all that falls to us is to watch.”