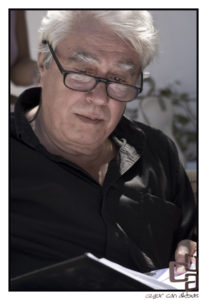 Born in 1941. He became an assistant director in 1959 and worked with Nişan Hançer, Lütfi Akad, Halit Refiğ and Atıf Yılmaz. In 1972 he directed his first feature film Woman Does It. He made films of every kind and also wrote their scripts. He has been awarded with many national and international prizes.