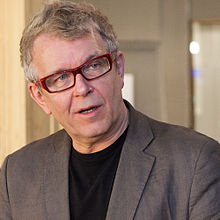 Zbigniew Rybczynski was born in Poland in 1949 and has been working as a film director in Europe and the United States since the early 1970s. His work has received many prestigious industry awards in the United States, Japan and Europe. He is a pioneer in using High Definition television technology, and an innovator and experimenter in the technical field.