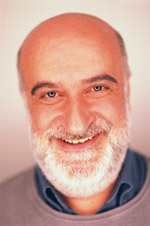 Born in 1946 in İstanbul. He graduated from the Institute of Journalism in Istanbul University. He has worked as a journalist for six years then began to write scripts. He won Best Screenplay Awards in Antalya Film Festival with Abbas in Flower (1982), The Agha (1986) and Muhsin Bey (1987). His debut as a director was in 1984. In 1988 he won the Special Prize of the Jury with his film Muhsin Bey in the international competition of the Istanbul International Filmdays and also received the Special Prize of the Jury in San Sebastian. He directed The Bandit in 1996 which was a great commercial success in Turkey.