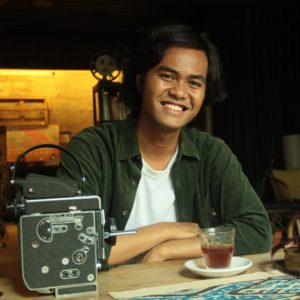 Wregas Bhanuteja studied at the film school at the Jakarta Institute of the Arts. In 2011 he directed his first short film, Senyawa on 16mm. In 2014, he made his graduation film, Lemantun, about his own family. His last film In the Year of Monkey is selected to La Semaine de la Critique, Cannes.