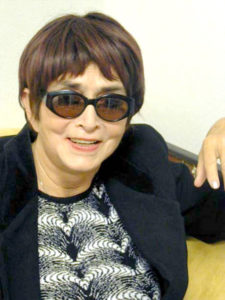 So far the only important woman director of the Czech cinema is Vera Chytilova, its most innovative and probably most controversial personality. She is the only contemporary Czech filmmaker to work in the Eisensteinian tradition. She combines didacticism with often daring experimentation, based in essence on montage. Disregarding chronology and illustrative realism, she stresses the symbolic nature of images as well as visual and conceptual shock. Influenced to some extent also by cinema verite, particularly by its female representatives, and militantly feminist in her attitudes, she nevertheless made excellent use of the art of her husband, the cameraman Jaroslav Kucera in her boldest venture to date, Daisies. This film, Chytilova's best known, is a dazzling display of montage, tinting, visual deformation, film trickery, colour processing etc.; a multifaceted tour de force which, among other things, is also a tribute to the classics of the cinema, from the Lumiere Brothers to Chaplin and Abel Gance. It contains shots, scenes and sequences that utilise the most characteristic techniques and motives of the masters. Daisies is Chytilova at her most formalist. In her later films, there is a noticeable shift towards realism. After the Soviet invasion of 1968, Chytilova found herself unable to work. In 1976, she wrote an open letter to President Husak and was surprisingly reinstated, returning with a lively parable of sexual relations, Hra o Jablko / The Apple Game (1976), and the unusually abrasive moral tale Panelstory / Prefab Story (1981). She renewed her collaboration with Krumbachov for a comic portrayal of a middle-aged Don Juan, Faunovo velmi pozdni odpoledne / The Very Late Afternoon of a Faun (1983). In recent years she has derived much of her inspiration from theatre, directing a film version of the mime play Sasek a kralovna / The Jester and the Queen (1987), and working with the avant-garde theatre group Sklep / The Cellar on Kopytem sem, kopytem tam Ta