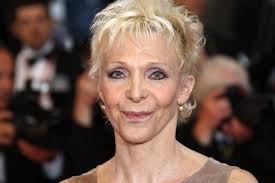 Tonie Marshall (born 1951) is an actress, screenwriter, and film director. After acting in several of Jacques Demy’s films, including A Slightly Pregnant Man and Birth of the Day, Marshall cites to have taken influence from his direction in the sense of creating whimsical atmospheres and rooting the stories with more of a female-centric narrative.