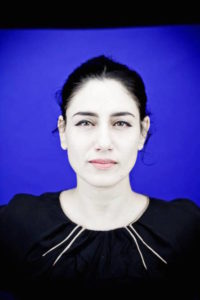 Is an Israeli actress, screenwriter and director. She had featured in several films, in TV series and on the stage before making a successful venture into direction, in 2004 co-directing her first film with her brother Shlomi, To Take a Wife, the first in a trilogy that concludes with Gett.