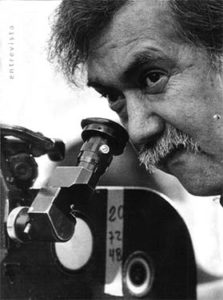 He was born in Chile in 1941. A compulsively fertile dramaturgy and script doctor for Mexican television. Marking the debut of a major contribution to the renewal of Latin America cinema seventies. Cinema advisor to Allende, he went to exile in France where he made a number of films, including The stolen painting hypothesis (1978).