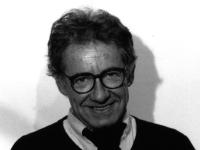 Peter Lilienthal was born in Berlin in 1929. In 1939 he emigrated to Montevideo, Uruguay with his family. He went to high school there. He made several shorts dealing with the social problems of the native population. In 1956 he returned to Berlin with a scholarship to study at the School for Visual Arts. In 1959 he joined the television company Südwestfunk Baden-Baden, working as an assistant director and producer and beginning from 1961 as a director. In 1966 he began teaching at the German Academy for Film and Television in Berlin. The experience of exile quickened his perceptions, making him sensitive to all forms of oppression and power exploitation. His sympathy lies with those who recognize that they are oppressed and who begin, however mildly, to put up some resistence. Such people include the victims of the Chilean military junta (Calm Prevails Over the Country) and the population of the Nicaraguan town of Leon (The Uprising). His experience of Latin America gave him a standpoint-more or less unique among European directors- to document the main political movements of Latin America in the 1970's. In doing this, he was also documenting the hopes and disappointments experienced by the German Left in relation to Chile and Nicaragua. This is to say that the essential quality of Peter Lilienthal's three Latin-American film lies in their authenticity, in their documentary nature. Lilienthal is always on the side of the victim. Heroes repel him, as do, in their own way, ideologies. The people he portrays best in film are those he knows and loves, those to whom he can relate in some way and to whom he feels drawn. The portrayal of negative characters is not something he cares for. Lilienthal strives first and foremost for authenticity. He looks for it not only in the characters, but in their surroundings. He dislikes working in studios, preferring instead to film on location. The images he creates often appear ephemeral, accidental-reality which seems to cont