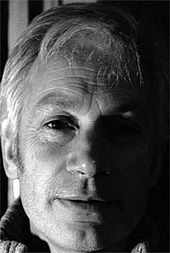 He was born in London in 1956. He studied Fine Art at Goldsmiths College. From 1981 to 1993 he taught filmmaking, establishing a film workshop in South London. In 1993 he gave up teaching. His works crosses the boundaries between fiction, documentary and animation. His films have been shown in festivals, exhibitions and on television all over the world and received awards in various festivals.