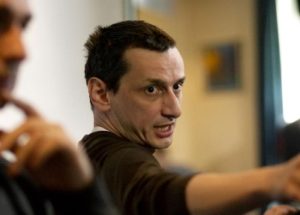 Ognjen Svilicic was born in 1971 in Split, Croatia. He studied Film Directing at the Academy of Drama Arts in Zagreb. He made three feature films. Sorry For Kung Fu (2004), Svilicic’s second feature, had world premiere in Berlin. Then it was selected for many festivals and won several international awards.