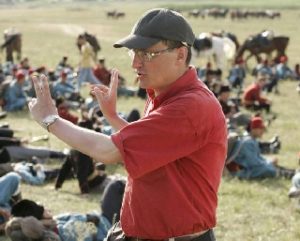 Nae Caranfil was born in 1960 in Bucharest. He graduated from the Theater and Cinema Academy. He shot a number of short features. After directing several stage productions in Romania, he went to follow the FEMI Scriptwriting Prog- ramme in Brussels and worked on the project The Rest is Silence. In 1992 he made his first feature film é Pericoloso Sporgersi (Don’t lean out the Window), shown at the Director’s Fortnight in Cannes.