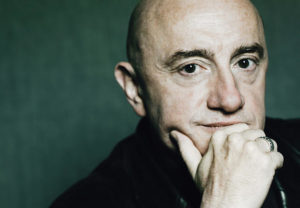 He was born in 1952, in Courbevoie, France. Blanc took a degree in literature at Nanterre University, then studied at the Isilla Chelton School of Drama. Early film performances include Bertrand Tavernier’s Que fete commence (1975) and Claude Miller’s La meilleure façon de marcher (1976). By the early 1980s, had established himself as one France’s most bank able actors. In 1986 he won the Best Actor award at the Cannes Film Festival of his role in Bertrand Blier’s Tenue de soirée. Other directors he has acted for include Roman Polanski, Claude Chabrol, Serge Gainsbourg, Claude Berri and Peter Greenaway (as Alonzo in Prospero’s Books). He has co-scripted several films with Patrice Leconte, he directorial feature debut. Marche à l’ombre (1984) which he also co-scripted was one of France’s biggest screen hits of the year.