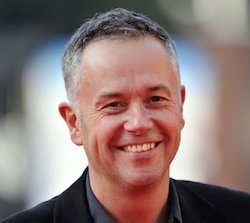 Michael Winterbottom earned a degree at Oxford and received film training in Bristol and London. He began his career working in British television before moving into features. He first gained recognition for his filming talents with two films in 1995: Butterfly Kiss and Go Now. This followed Jude (1996). Three of his films Welcome to Sarajevo, Wonderland and 24 Hour Party People have been nominated for the Palme d’Or at the Cannes Film Festival.