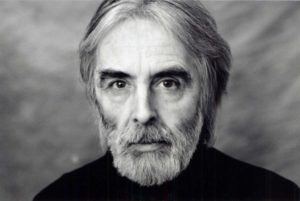 Born into show business, to an actress mother and director father in Munich in 1942, Haneke spent his early years in a working class suburb of Vienna. He attended the University of Vienna to study philosophy and psychology and became a film critic before making his eventual debut as a television director with After Liverpool in 1973. Over the next fifteen years, he directed eight films for television and countless theatre productions and continued successfully until his feature debut with The Seventh Continent in 1989. Laced with the theme of muted emotions resulting in stark violence that would become his calling card, The Seventh Continent‘s bleak and austere portrayal of a family deadened and ultimately destroyed by modern convenience served as a deeply disturbing cautionary tale, made all the more effective by the final revelation that it was based on a real event. The first of an agonizing trilogy on the same theme, including Benny’s Video (1992) and 71 Fragments of a Chronology of Chance (1994), it offered a telling contrast to Hollywood-manufactured films’ preference for slimy aliens and supernatural chills. In 1996, Haneke filmed an intelligent adaptation of Kafka’s novel The Castle. According to Haneke, since Kafka, fragmentary narrative has been one of the basic conditions for an approach to reality. Only the potentially most modern art form, film, generally refuses to take this into account, for commercial reasons. As is the case with Kafka’s central character K., the fragmentary narrative must do without ‘realistic’ figures and classically structured stories. In 1997, Haneke took the modern obsession with cinematic violence to a level rarely attempted, with the tale of a happy family relentlessly tortured (Funny Games). Violence is not fun in Haneke’s world and this is where his optimism comes into play.