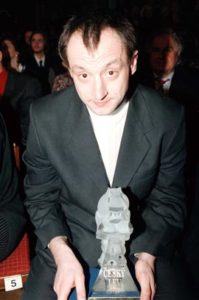 Born in 1962 in Zilina, former Czechoslovakia. Between 1981-1986 studied at the Academy of Musical Arts in Bratislava in the department of film and television direction and began working on award-winning short films. He has directed a documentary, several shorts, television films and video projects, and is active in the theatre.