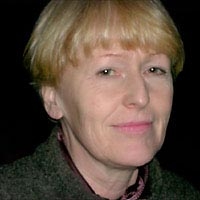 Marja Pensala graduated from the Helsinki University of Industrial Arts, Film Department in 1969, received her MA degree in 1975. She worked as scriptwriter, editor, producer and director. Since 1981 she is involved in independent documentary film production as producer, scriptwriter, film editor and director. Her documentaries are shown and awarded at international festivals.