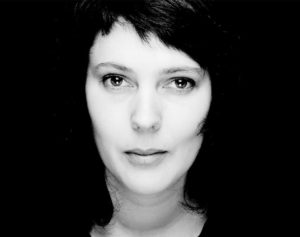 Born in Stranda, Sunnmøre in 1970. She studied Media Science in Bergen, Volda and Oslo. Her feature length documentary In the House of Angels was awarded the National Film Award Amanda for Best Documentary. It has been screened at numerous international documentary festivals. Olin has also directed the short film Gluttony, one of the episodes of the series The Seven Deadly Sins.