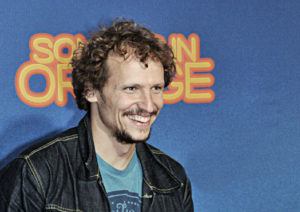 He graduated from the HFF München, Film and TV Derpartment in 2003. During his studies , he realized the films Hotel Depa (2001) and Kümmel und Korn (2000). He worked with Joseph Vilsmaier for the documentary film Den Frieden in der Hand for the Bavaria TV and shot the film C’est la vie (2003) together with ARTEand BR in Bavaria.