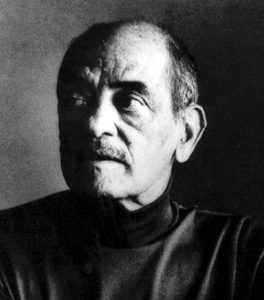 Luis Bunuel born in Spain in 1990. He studied first with Jesuits before enrolling in the University of Madrid. At the University he met Salvador Dali and Frederico Garcia Lorca. Inspired by Fritz Lang's film Destiny, Bunuel went to Paris to study film during the 1920's amidst a flourish of avant-garde experimentation. There he became an assistant to the experimental filmmaker Jean Epstein, and in 1982 he collaborated with some friends including Salvador Dali on Un Chien Andolou which became a surrealist classic. It provoked a scandal, but Bunuel went on to film L'Age d'Or in 1930, creating another scandal. Bunuel produced several Spanish pictures before leaving Spain in 1939 for the United States during the Spanish Civil War. In the United States he directed documentaries and in 1946 he moved to Mexico where he made a series of films which brought him once more to international acclaim. It was with his Mexican films that Bunuel began to develop his unique mix of surrealist humor and social melancholy, combining a documentary sense with surrealist qualities into a loose, discontinuous form of narrative. Bunuel returned to France in 1955 to begin three co-productions that placed him in the center of cinematic art. In 1961 he was invited to Spain by the government, in order to make Viridiana. Though his script was initially approved, the film was banned upon release due to its anticlerical images. Nevertheless the film achieved international recognition. Controversy and problems with either distribution or censorship continued to appear throughout his career. Despite the complications, Bunuel continued to be one of the most creative and productive of all film directors. He died in Mexico City in 1983.