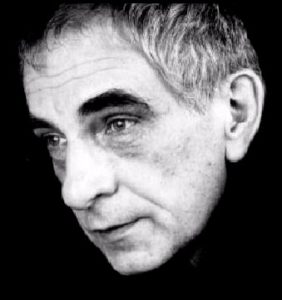 Polish writer-director Krzysztof Kieslowski has been acknowledged as one the major filmmakers of our time. It was his epic The Decalogue, an investigation illustrating the meaning of the Ten Commandments for modern times, that cemented his reputation. Episodes five and six of The Decalogue were re-edited to feature length and were released internationally as A Short Film About Love and A Short Film About Killing. The latter won numerous awards including the Jury Prize at the 1988 Cannes FF and the Best Film Award at the European Film Awards. With The Double Life of Veronique, he continued his investigation into the state of contemporary man. His trilogy of films entitled Blue, White and Red explore the universal notions of liberty, equality and fraternity. He was born into a divided land in the midst of World War II in 1941, Warsaw. He grew up in the post-Stalinist era which saw an easing of tensions between East and West. He graduated from the famous Lodz Film School in 1969. In 1970, he began making a series of documentaries, which won many prizes in Poland and abroad. These were acclaimed for their strong objective social reality and their equally psychological analysis of the individual. The 70s were a relatively open period N Polish arts and it was during this time that a significant growth in Polish cinema took place; and he made his first major feature films The Scar (1976) and the award-winning Camera Buff (1979). His next film Blind Chance (1981), a strong drama calling for conscious choice as a necessary imperative, ran afoul of authorities and was not released for six years. In 1984, Kieslowski made his most overtly political film, No End. Kieslowski remains one of his country’s most astute critics, unwavering in his insights. What drives his films, however and makes them resonate with power is hid deep affection and empathy with humanity. In his films, choices, whatever they are, are never simple.