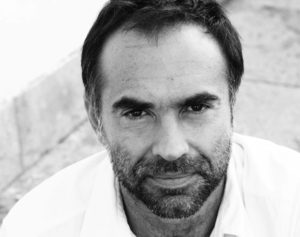 Karim Aïnouz is an award-winning film director, screenwriter and visual artist. He studied architecture in Brazil and then cinema in NYC. His first feature, Madame Satã, premiered in Cannes Un Certain Re- gard in 2002 and has won over 40 prizes in national and international film festivals. The Invisible Life Of Eurídice Gusmão is the winner of the award of Un Certain Regard in Cannes.