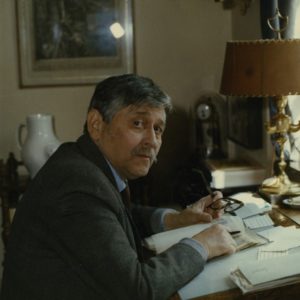 Jiří Brdečka is director, animator, and screenwriter. He studied at Charles University, Prague. He made many animated films during his nearly forty-year career. While in his early 20s, he wrote a parody of the American West, Lemonade Joe, which was made into a play and later a film in 1964. He began working as an animator in 1943; two years later he began working with innovative puppeteer Trnka to make unique animated films for which Brdečka wrote the screenplays. Eventually he went on to make his own animated films. Brdečka’s work is marked by its droll intellectual humor, often featuring an extensive use of hyperbole, satire, and literary illusions.