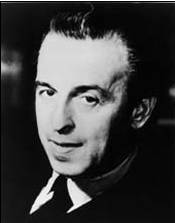 Jan Kadar born in Budapest 1918, died in Los Angeles 1979. Kadar studied law, but broke off study in 1938 to go to Prof. Karel Plicka's school of still photography and cinema in Bratislava. His purposeful preparations for film-making were interrupted by World War II, during which he was imprisoned in Nazi concentration camps. After his liberation, he returned to Slovakia and worked in the short film studios in Bratislava as a production assistant and successful director of documentaries and from 1947 to 1949, in the feature film studios in Prague as a scriptwriter and assistant director before returning to Slovakia. There, he directed his first feature film in 1950, the comedy Katka, about a young village girl who comes to a big factory to work. In 1952 the fruitful collaboration of director Jan Kadar and Elmar Klos, forming a pair, began with the adventure drama Unos, so that Kadar's filmography was identical with that of Elmar Klos until the Former's departure for the US after the invasion of Czechoslovakia by Soviet troops in 1968.