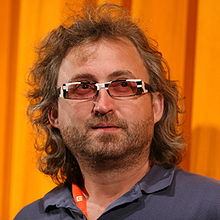 Graduated in script editing and screenwriting from FAMU where he gained recognition with his student films. He got started making feature films with screenwriter Petr Jarchovsky, directing Big Beat, Cosy Dens, and Divided We Fall. All of their films, taking place in the recent past, have been smash hits and have won many awards. Jan Hrebejk has also published Patosani, a collection of poetry, and written four one-act plays for the Kaspar theatre group entitled Ordinary Loves. Recently he has been engaged as a director for the Pod Palmovkou Theatre in Prague.