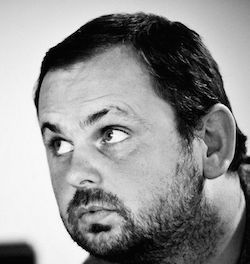 Ivan Ostrochovský graduated from the Department of Audiovisual Studies and Documentary Filmmaking at Bratislava’s Academy of Performing Arts. He directed a few short films and several short and feature-length documentaries, including the award-winning documentary Velvet Terrorists (2013). He is a co-owner and producer at Sentimentalfilm and Punkchart Films. Koza is his first full-length fiction film as a director.