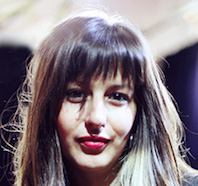 The collective memory of a society with poor recall whose foundations shift as it endeavours to invent a more distinguished history for itself. A political and cultural life totally reshaped time and again by military and civilian, visible and invisible coups. A borderline conservative society confused by discourses it can no longer control; a society that has failed to develop into a body of individuals capable of demanding justice and which resorts instead to idolizing oneman power. As the late writer, Oğuz Atay, put it, the state of waiting for fear that has taken hold since the 1970s. In a context of this kind, the responsibility for creating unexpected breathing spaces and different layers of reality falls to artistic production and ways of thinking. In an environment where polarization is employed as the primary government strategy for building psychological divisions in society we have a drastic need to create new subtexts.

With her background in journalism, Işıl Eğrikavuk is very well versed in the language of news used to represent reality; she analyses this language through writing a fictional text and transforming the text into performance in other words through action and documentation using popular formats. This fundamental analysis she makes with regard to combining elements of text, media and performance allows her the chance to pursue subtexts that encourage scepticism of the representational language of reality in different contexts. She manipulates popular media formats. As a child growing up in the 1980s, she wants to see the humour in her material, no matter how hardhitting that material may be. She favours explicit, popular language because her priority as an artist is to create, to be able to physically see, communicate with and obtain feedback from her audience, whether the work is text, performance or video installation. Eğrikavuk thus aspires to change the collective perception of issues in the news. As a documentary form, video also intervenes to enable her to create the language she desires.

Her 2012 performance, ‘Change Will Be Terrific’ (‘Dönüşüm Muhteşem Olacak’), parodied the question of urban regeneration through both architectural change and the Arab Spring. The performance is one of the pieces that best demonstrates Eğrikavuk’s way of thinking, her of working and the vocabulary she uses in all the various stages of the artistic process. Setting out from an issue that generates controversy and conflict in society, the artist creates a new fictional scenario with art director Josef Erçevik Amado. The piece is based on borrowing the talk show format from television and transposing it to an art space. By choosing a familiar name from television as presenter, she reinforces the plausibility of the format. The guests are people who play roles connected to their reallife identities. Even if the actors chosen have a hand in changing the text and shaping the characters, who wrote the text matters more than who does what in the script. It is here that the stage, staging and conversion to the stage emerge as one of the artist’s fundamental concerns. The show goes on regardless, extends the moment in which it takes place, inspires the spectator to approach fiercely debated issues from different dimensions. Although aware that it won’t happen all at once, Eğrikavuk knows that change will only be fed by these new subtexts and approaches; and she structures her work based on this knowledge.

Given the profound relationship she forges with text, Eğrikavuk’s practice has a place of its own within Turkey’s contemporary art output. Her wish to restructure the stage so as to incorporate the audience gains all the more currency at a time of regional and global differences when splits have become apparent. As the dangerous games continue unabated, it is within our power to change our roles and become more effective. As for artistic thinking, by virtue of its openness to multiple possibilities, scenarios, eras and methods, this appears to be the only place able to open minds to other horizons in today’s logjammed world.