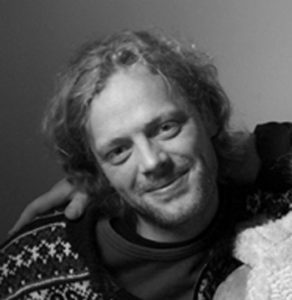 Known for vibrant, warm stories in his previous films. He has made documentaries, shorts, and over 100 commercials since 1993. He won awards at both international and Norwegian festivals. Vikene was also nominated for a SKUP award for the documentary Boomerang, for which he wrote the screenplay and co-produced. Falling Sky is his first feature film.