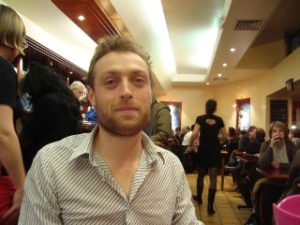 He orginally intented to study physics but turning to the arts, he enthusiastically discovered animation and experimental film at Montreal University. He earned to B.A. in fine arts at Montreal’s Concordia University, majoring in animation. In 2007, he became thefirst Canadian to win the Residence Competition at the Folimage Studio.