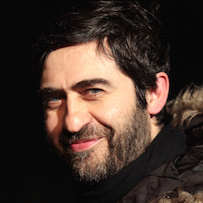 Emin Alper was trained in Economics and History and holds a Ph.D in Modern Turkish History. After shooting the short films The Letter (2005) and Rifat (2006), he directed his first feature film Beyond the Hill (2012) which received numerous awards, including the Caligari Film Prize from the Berlin Film Festival; it was named Best Film in the Asia Pacific Screen Awards. He teaches in the Humanities and Social Sciences Department at Istanbul Technical University.