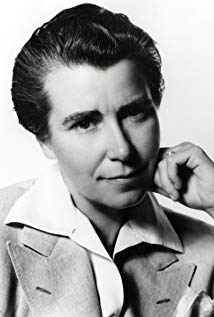 Dorothy Arzner from 1927, until her retirement from feature directing in 1943, Arzner was the only female director working in Hollywood and she was the first woman to direct a sound film. With her atypical female characters in her movies, she is one of the most important figures of both American Cinema and feminist film studies.