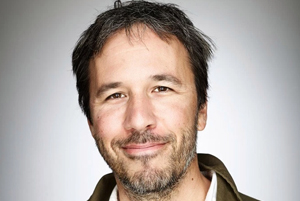 Canadian director Denis Villeneuve has been making films in French and English since the late 1990s, but his recent critically acclaimed films Arrival (2016) and Blade Runner 2049 (2017) have made him one of the most dynamic directors working in cinema today. This year we offer two particularly thought-provoking, visually arresting works from his pre-Blade Runner 2049 years: Polytechnique (2009) and Fires (2010). Both are stories about characters immersed in scrutinizing past decisions, desperate to reconcile with the haunting consequences. Many of Villeneuve’s films could be considered existential detective stories, these two works included.

It has been said that Denis Villeneuve is a director that is capable of making the ugly beautiful. This sort of statement may seem in poor taste when one considers that Pol- ytechnique is a film about the real-life massacre of female students at Montreal’s Ecole Polytechnique and Fires is about the brutal legacy of war, civil war in particular. Is making such ugliness beautiful a good thing? It depends if the result leaves you more closed-off to the world and its people or if it breaks you open – leaving you achingly in love with your fellow human beings and all their vulnerability and potential for grace.

With Polytechnique, Villeneuve brings us a brutal rejection of all doctrines of hate in elegant black and white. Though the shooter is infused with contempt as he embarks on his rampage, the students around him run to help each other, feeling the other’s fear and agonizing with guilt for leaving the women to their fates.

Astute sound editing is used in scenes that alternate between the exuberance of music playing, and voices talking and laughing and the muted headspace of the shooter (never named in the film or in the credits). As he moves through the hallways of the school, the sounds of life are tuned out as he enters a headspace of pure focus – a focus on slaughter. Here we glimpse the state of mind of someone lost to the communal world – the world of connections, attachments and camaraderie.

Before the backdrop of the horrific, Villeneuve shows us images of transcendent beauty and poetry throughout the film. In a prescient moment just before the terror becomes known, a student backs around a corner, coming face-to- face with a large print of Picasso’s Guernica. It is a moment of pause before the great sadness is unleashed. In another scene the sun twinkles through the trees, as though for the first time, while one of the survivors strolls beneath them, trying to get on with her life. This scene is mirrored in the last shot of the film, where the glowing florescent ceiling lights, shot upside-down, create the sense of an illuminated railroad leading one gently out of the heaviness of what came before.

Fires begins in Canada, eventually moving on to an unnamed Middle Eastern country that could be the Leba- non of playwright Wajdi Mouawad’s birth. The play’s first performance was in 2003 and was a fictional account of the Lebanese civil war. By the time Villeneuve adapted it for the screen in 2010, it reflected the current realities of a number of countries in the Middle East – devastation that seems to go on and on. Lubna Azabal plays a woman who experiences then loses a great love and whose life personifies the excruciating battle scars of a civil war.

Stuart McGurk, interviewing Villeneuve for Wired mag- azine, asked him about the existential nature of his films. They seem to ask a deceptively simple question: If you knew your fate, would you live it anyway? Is it worth the sorrow, in order to experience the joy? Villeneuve replied: “…For me it’s about how to break the cycles. Are we bound to re- peat ourselves as societies and as individuals? How can we evolve and become free? … How can you get free from those ghosts?”

Incendies imagines one possible way to free oneself from those ghosts, though the path is fraught with unimagina- ble revelations. After the death of their fragile and distant mother, Nawal (Lubna Azabal), a brother and sister are each given a letter by the notary. In the letters, they are asked to seek out a specific member of the family they nev- er knew, overseas. Until they do, Nawal has instructed that: “Notary Jean Lebel will bury me without a coffin, naked and without prayers: my face turned toward the ground, my back against the world.”

Contrasting the darkness of Nawal’s past as it is revealed are ethereal moments of golden sunrises, desert landscapes and the formidable figure of Nawal herself, overflowing with a magnificently fierce will and a determination to resist being broken. In depicting Nawal’s desire to resolve the deceptions and wrongs of the past (through her children), Villeneuve once more takes the ugly and shows the beauty of giving order to disorder. In the smoking physical and psychological ruins of civil war, one can sense the whispering of the ghosts both living and dead: “Atone. Forgive. Let us rebuild the garden.”