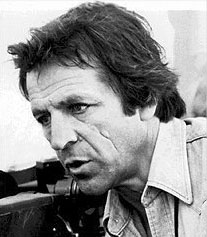 The films of Costa-Gavras are exciting, enthralling, superior examples of dramatic moviemaking, but the filmmaker is far from being solely concerned with keeping the viewer in suspense. A Greek exile when he made Z, set in the country of his birth, Costa-Gavras is most interested in motivations and misuses of power: politically, he may be best described as an anti-fascist, a humanist. As such, his films are as overtly political as any above-ground, internationally popular and respected filmmaker in history. Despite decidedly non-commercial storylines, Costa Gavras has received popular as well as critical success, particularly with Z and Missing, because the filmmaker does not bore his audience by structuring his films in a manner that will appeal only to intellectuals. Instead, he casts actors who are popular -international stars with box-office appeal. Apart from collective message, that fascism and corruption may occur in any society anywhere in the world. Costa Gavras’s films also work as mysteries and thrillers. He has realized that he must first entertain in order to bring his point of view to a wider, more diversified audience as well as exist and even thrive within the boundaries of motion picture economics in the Western world. As Pauline Kael so aptly noted, Z is “something very unusual in European Films- a political film with a purpose and, at the same time, a thoroughly commercial film”. Not all of Costa-Gavras’s features are “political”: The sleeping Car Murders is a well-made, atmospheric murder mystery, while Clair de Femme is the dreary tale of a widower and a woman scarred by the death of her young daughter. Both, again, star Yves Montand. The filmmaker’s most characteristic works, however, do indeed condemn governments that control other governments, or suppress human rights.