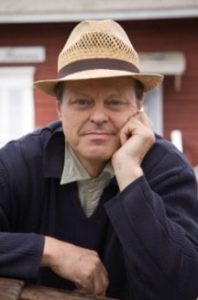 Claes Olsson (1948) has directed six feature films and more than 30 short films, music videos, animations and documentaries. Olsson’s feature films Saara’s Love (1993), Amazing Women by the Sea (1998) and Shades of Happiness (2005) have been screened and broadcast all over the world. In 1977 he founded Kinoproduction Oy, which is one of the leading production companies in Finland today as well as an active international co-producer.