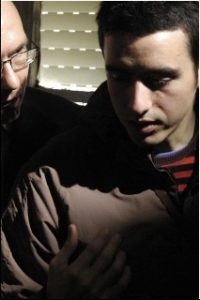 Son of Academy Award Winner Spanish Producer, José Esteban Alenda, César Esteban combines his degree on Architecture with other artistic disciplines such as graphic design and film directing. For the last two years, César has focused all his efforts in the film business ever since he founded the Solita Films with his producer brother José Esteban, producer .