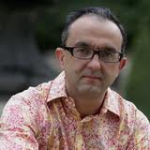 Bernard Attal studied at NYU, and the New School, and now lives between New York and Bahia, Brazil. He wrote, produced and directed two short films, 29 Inches and Rat Island, which participated and won awards in festivals throughout the world. He is currently developing The Invisible Collection, a feature film based on a short story by Stefan Zweig.