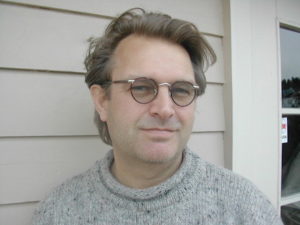 Bent Hamer (Sandefjord) studied law. In 1986 he completed his education in Film Theory and Literature at the University of Stockholm and in filmmaking at Stockholm Filmskola. O ’Horten (2007) had its international premiere in Un Certain Regard in Cannes. He realized Eggs (1995), Kitchen Stories (2003) and Factotum (2005) which all had their international premiere at the Director’s Fortnight in Cannes. His film Home for Christmas (2010) premiered at Toronto and won the Best Screenplay award in San Sebastian.