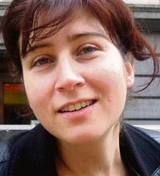 Banu Akseki has been based in Brussels for many years, where she studied political sciences at the ULB (University of Brussels) before completing a film editing and continuity degree at the IAD film school. After having worked for several years as an editor she turned to directing with her first short film Songes d’une Femme de Ménage that won many prizes in festivals all over the world. Thermes is her second film. She is currently working on her first feature.