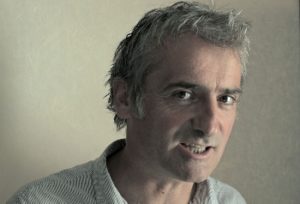 Born in Bergara in 1969. He studied filmmaking in the Basque Country, Venezuela and Cuba. He has been responsible for different jobs assignments in a number of films, videos, advertisements and TV programs, either as technician, advertising executive or screenwriter. With one of his earlier short films, Txotx, Altuna participated in a number of festivals and was awarded different prizes. He now works as screenwriter for the ETB program Sorginen laratza.