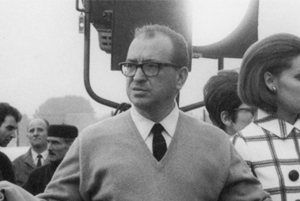 Trained as a physician, Antonio Pietrangeli began in film as an assistant on Luchino Visconti’s Ossessione (1943). Combining the moral urgency of Neorealism with the satirical eye of commedia all’italiana, Pietrangeli’s work is centered on the evolving role of women in Italian society, as ancient traditions began to crumble after the collapse of fascism.