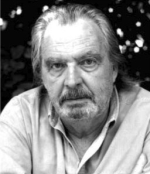 Alain Tanner (1929, Geneva) studied socio-economics. In 1957, he made his first film in London with his friend Claude Goretta. In 1960, he returned to Switzerland, where he realized documentaries in the Cinéma Vérité style of the time. His work for Swiss television came to an end in 1968, when he embarked on his career as an independent director. Since 1969, he has made 20 full-length films.