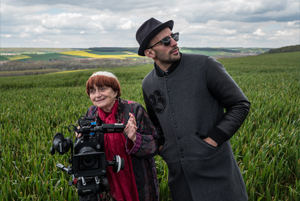 Born in Belgium in 1928, the daughter of a Greek father and a French mother. In 1951 she worked as photographer in the Theatre National Populaire under Jean Villar. Her photographs became well known and she received commissions from various journals for articles on Germany, Portugal, China and Cuba. With her first film she plunged into the world of film without any proper cinematic training or experience. That was just four years before the appearance of the New Wave. Her film No shelter, no law won the Golden Lion at the Venice Film Festival.