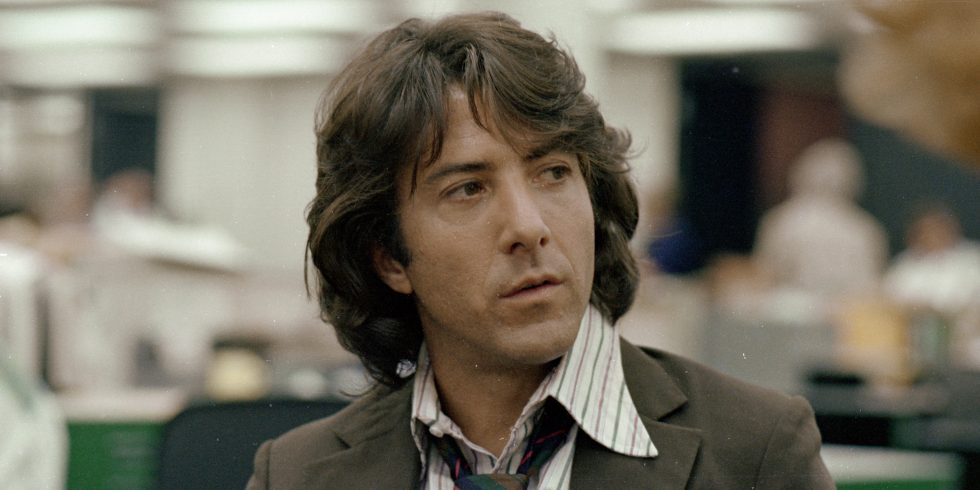 ALL THE PRESIDENT'S MEN

In the run-up to the 1972 elections, Washington Post reporter Bob Woodward covers what seems to be a minor break-in at the Democratic Party National headquarters. He is surprised to find top lawyers already on the defense case and the discovery of names and addresses of Republican fund organizers on the accused further arouses his suspicions. The editor of the Post is prepared to run with the story and assigns Woodward and Carl Bernstein to it. They find the trail leading higher and higher in the Republican Party, and eventually into the White House itself.

This gripping account of Washington Post reporters Bob Woodward and Carl Bernstein’s investigation into the Watergate break-in, that eventually led to the resignation of President Richard Nixon, is a master class of cinematic craft from director Alan J Pakula. Based on the best-selling Woodward and Bernstein book, the film was nominated for eight Academy Awards (including Best Picture), winning four, including Best Supporting Actor for Jason Robards’ brilliant performance as Post editor Ben Bradlee. The film provides the most observant study of working journalists we’re ever likely to see in a feature film.

Alan J. Pakula (1928-1998) was an American film director, writer and producer. In 1962, he produced To Kill a Mockingbird, for which he was nominated for a Best Picture Academy Award. In 1969, he directed his first feature, The Sterile Cuckoo. In 1971, Pakula released the first instalment of what would informally come to be known as his ”paranoia trilogy” – Klute. This was followed in 1974 by The Parallax View and All the President’s Men (1976). Pakula scored hit in 1982 with Sophie’s Choice. Later commercial successes included Presumed Innocent (1990) and The Pelican Brief (1993).