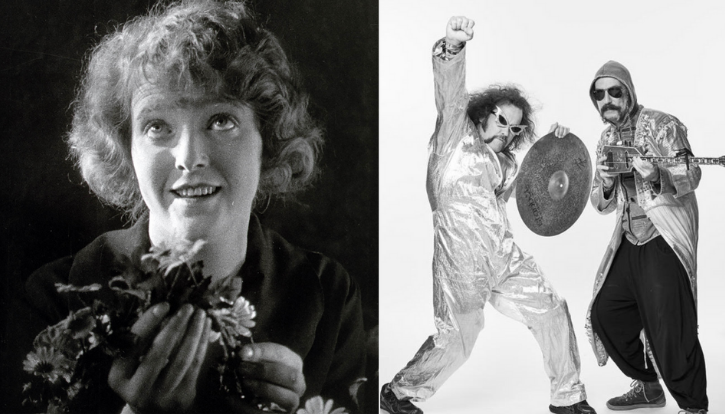 The 27th Festival on Wheels will be presenting audiences with a 79-minute version of the 1921 film Just Around the Corner in the Trailblazing Women section. Only two incomplete prints were known to exist in film archives, but after a lot painstaking work the film was made up to its current 79-minute version. The screening is supported by the United States Embassy in Ankara.

Just Around the Corner will screen to the music of BaBa ZuLa. The iconic psychedelic music band has previously performed internationally at events with the Ankara Cinema Association and promises another memorable film experience at the 27th Festival on Wheels.

Godard: On Love and Death

This year saw the death of French-Swiss cinema legend Jean-Luc Godard who, despite being from the same generation, never got to meet the centenarian writer-director Ebrahim Golestan. However, the two filmmakers are brought together in the documentary See You Friday, Robinson, which will be screening at the 27th Festival on Wheels.